Most of this stuff is moderately old, and that's the attraction - there's a wonderful tactile feel to old things. But I'm not just interested in these things to collect, I'm interested in using them. Jigsaw puzzles are to be solved, books are to be read, Meccano is for actually building things.

The toy trains is a bit more of a problem. It takes a little more time and space. But earlier this year I was asked if I would set up some stuff for the Cavendish Laboratory's summer party - there were outdoor activities aplenty, but if the weather was poor people would be forced inside.

I jumped at the chance. There's so much more space in on of the labs than I could ever have at home, so I could put together a proper layout and give the engines a proper run. 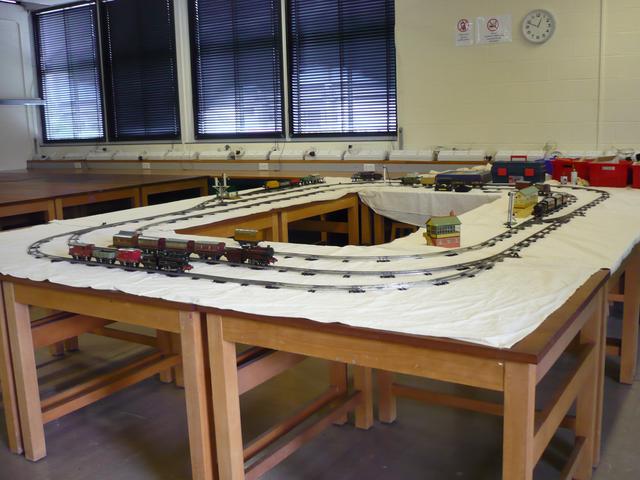 You can see the scale. I would love to have this much space at home. 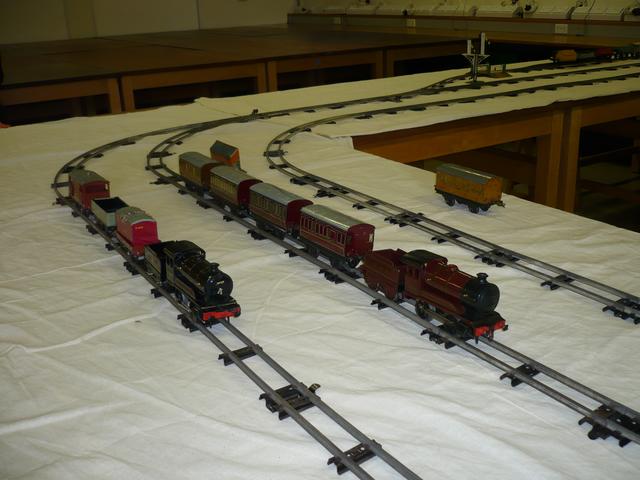 This is almost all post-war, early 1950s. There's a BR goods on the left, which is part of a complete set. And An LMS engine with a passenger train. 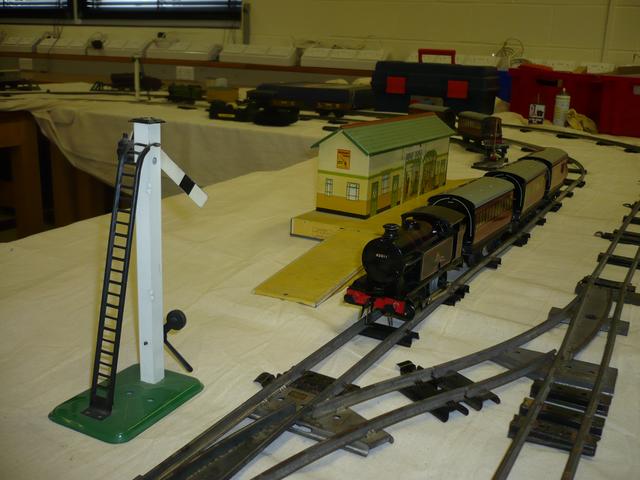 This is a train from my other full set, a tank engine and passenger train. We've also managed to collect some buildings, including a station.

I had a lot of people stop and look. The kids were fascinated, of course. But also the older generation were taken back down memory lane, as this is the sort of thing they would have had as children, so I had plenty of "I remember having one of those.."

Posted by Peter Tribble at 6:56 PM No comments: